Today, brat-pack startup Clinkle, comes under scrutiny for fierce layoffs; Twitter stock soars following a big news week for the social media platform; and the world's tech giants are planning to take down a Cincinnati cheerleader.

Come get it while it's hot. 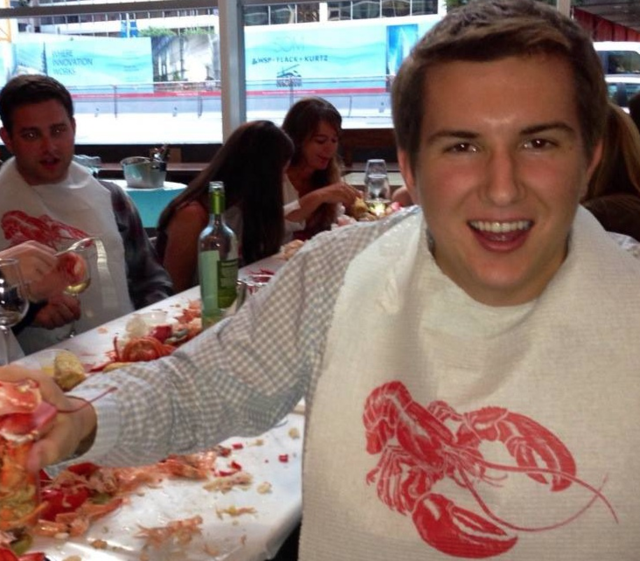 Lobster probably isn't on the menu at the Clinkle office any time soon.

After hitting headlines with several high-profile hires from Netflix and scoring $25 million in venture capital (the largest seed round in Silicon Valley history), the stealth-payment company, Clinkle has let go 25% of their staff.

Fortune’s Dan Primark broke the story reporting that pink slips had been issued to 16 of the 60 employees working for the company. The layoffs come two months after Netflix CFO Barry Mccarthy joined the group as chief operating office to help assist 22-year-old company founder, Lucas Duplan keep the company in gear.

McCarthy says the layoffs shouldn’t be seen as a sign of trouble:

"I knew coming in that I'd be spending the bulk of my time building the executive team, and that the team would build out its own groups," McCarthy says. "Some young people are leaving, and some very reasoned executives are joining. It's reasonable to assume that these execs wouldn't be joining if something was chronically wrong or broken."

Debate about the truth of this statement is heating up all over tech sites and social media with Valleywag suggesting that the inability to keep the “reorganisation strategy” under wraps suggests cracks in the facade of the mysterious startup. It still seems that most people still don’t really know what the company actually does and if it does anything worth the lofty financial investments it won.

Valleywag also points out extravagant perks like laser tag and “runners to help with chores” have been toppled off the Clinkle jobs page. 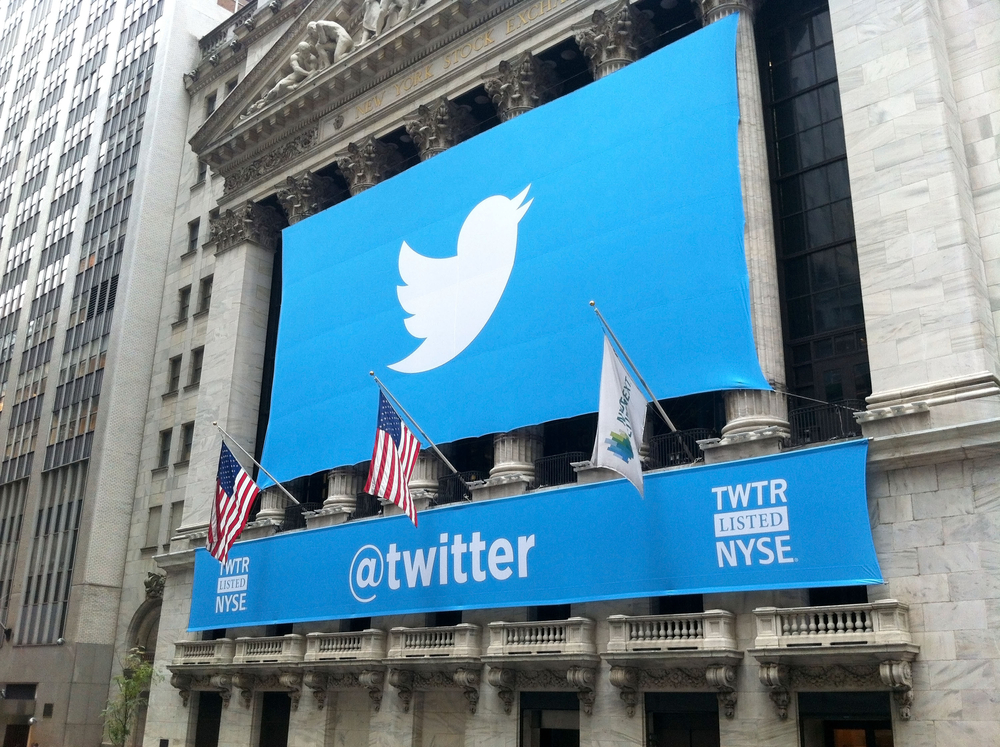 Twitter stock gained over 10% Monday and came close to hitting the $50 share price mark it hit for the first time a month ago. At 4pm EST market close, Twitter stock finished up 9.43% to $49.19. In contrast competitors Facebook and Google were up less than 2%.

Forbes’ Brian Solomon reports that there is no obvious reason for the jump but a series of news coming from the social media platform could have something to do with the raise. Twitter announced last week that they would begin to sell more targeted ads:

‘These would be individually-tailored cookie-based ads that take advantage of knowing their user’s web histories. Marketers will be able to highlight potential customers seeing if they previously visited a website.’

Also making the roll call in Twitter news, Marjorie Scardino was elected as its first female board member cooling criticism of it’s male dominated corporate governance and the company merged with tech giants Facebook and Google issuing an open letter to U.S President Obama arguing for limits on government surveillance.

“The balance of many countries has tipped too far in favor of the state and away from the rights of the individual,” the letter reads.

If you’re thinking there is a bit of a discrepancy between the letter and the ploughing of personal information for targeted advertising, you’re not alone.

U.S Cheerleader Gets Tech Giants Hot Under the Collar

The internet’s heavyweights have openly criticised a federal judge’s decision allowing an Arizona-based gossip website to be sued for defamation by a former Cincinnati Bengals cheerleader convicted of having sex with a teenager.

Information from court briefs filed in the 6th U.S. Circuit Court of Appeals in Cincinnati reveal the tech heads warning ,that if upheld, the ruling could “significantly chill online speech” and undermine the Communications Decency Act passed by Congress in 1996. The broad law provides websites with immunity when it comes to liability of third party content.

According to the briefs:

"If websites are subject to liability for failing to remove third-party content whenever someone objects, they will be subject to the `heckler's veto,' giving anyone who complains unfettered power to censor speech."

The site in question, TheDirty.com, is a gossip site allowing users to anonymously post anything about anyone. Owner and founder, Nik Richie, scans the content deciding what gets posted and what doesn’t often adding his own commentary.

In December 2012, former cheerleader and teacher Sarah Jones, 28, sued Richie over posts referring to the sexual history of her and her husband. The posts made no mention of her prior conviction where she pleaded guilty to sexual misconduct and custodial interference of a 17-year-old student. The ex-teacher and student are still together.

Richie claims that the posts in question were supplied to him anonymously and it is not his responsibility to judge their accuracy.

Jones was awarded $338,000 in the landmark case against Richie in which Judge William Bertelsman said that the management of Richie’s website encourages offensive content.

Richie is asking the 6th Circuit to find Bertelsman’s ruling null and void citing that it was the judge’s personal tastes that affected the decision. Oral arguments are likely to begin early next year.